Indications for use
- disorders of cerebral circulation: with atherosclerosis of cerebral vessels, ischemic stroke, period of post-treatment after hemorrhagic stroke, after craniocerebral trauma;
-encephalopathy of various genesis;
-comatous and subcomatous states after intoxications and brain traumas;
- diseases of the central nervous system, accompanied by a decrease in intellectual-mnestic functions;
-labirintopathy of various genesis: dizziness, tinnitus, nystagmus, nausea and vomiting;
- Meniere's syndrome;
- depression, psychoorganic syndrome with predominance of signs of asthenia and adynamia, asthenia of psychogenic origin;
-prophylaxis of migraine and kinetosis;
-introduction of memory, mental function and concentration of attention;
- the retardation of intellectual development in children.
There are contraindications, before use, consult with the doctor! 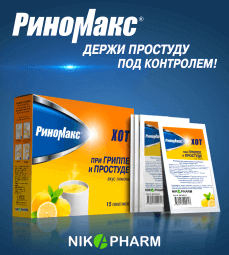